Jeff Gibbs: «There will never be green technological energy»

Planet of the Humans asks hard questions about failure of environmental movement to halt climate change and save the planet. To answer them, we asked its writer and director. 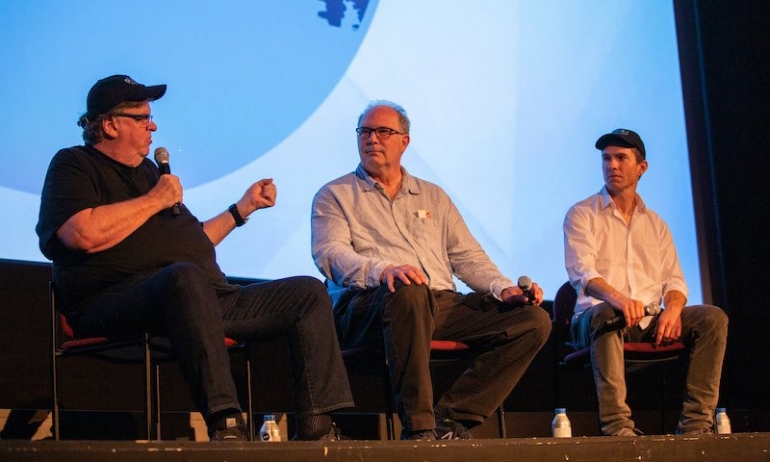 Released on the eve of the 50th anniversary of Earth Day and in the midst of the global Covid-19 pandemic, Planet of the Humans takes a harsh look at how the environmental movement has lost the battle through well-meaning but disastrous choices, including the belief that solar panels and windmills would save us, and by giving in to the corporate interests of Wall Street.

Thus, no surprise that the film has generated controversy. It has been criticized as partially outdated and misleading and some accused it of skewing renewables and delivering “Anti-Human Malthusianism”.

To dispel any doubt we decided to interview the film writer and director, Jeff Gibbs.

Born in Flint, Michigan, Jeff has served as a long time collaborator with Michael Moore. The first film he ever worked on was “Bowling for Columbine” producing many iconic scenes including “the bank that gives you a gun,” “dog shoots hunter,” and the “Michigan Militia.” Following the success or “Bowling for Columbine” Jeff became co-producer for “Fahrenheit 9/11,” the largest box-office documentary of all time. Jeff also wrote the original score for both films. Since “Fahrenheit 9/11,” though taking an occasional break to produce other films including the Dixie Chicks documentary “Shut Up and Sing,” Jeff has been singularly obsessed with the fate of the earth and humanity.

Question. Hi Jeff. Thank you very much for this opportunity. First of all, the documentary is based on scientific data. How long did it take you to collect them and how reliable are they?

“Planet of the Humans” is a story of discovery, not merely a collection of data, which without context is meaningless. The bigger picture portrayed in our film is that civilization is hitting many limits, including resource depletion, soil depletion, deforestation, overexploitation of the oceans, biodiversity collapse, and, of course, climate change. Solving climate change alone will not save us—especially when the so-called solutions involve ramping UP technologies that are decimating the biosphere and adversely affecting humans around the globe. Worse, these supposed green “solutions” involve getting into bed with bankers, industrialists, capitalists, and their “foundations.” Indeed nothing can make a difference unless we find a way to end our fatal addiction to economic growth while taking care of those who need it the most.

I began my journey exploring the mess we humans have created, and what might be the way out, over a decade ago. As I realized that the so-called “renewable” solutions were neither renewable nor solutions, I began documenting what I was experiencing. Therefore most of what you see in “Planet of the Humans” are real world examples, as well as interviews with experts. All of the data in the form of charts and graphs are from the most recent year available, typically 2019 or 2020.

We stand by every fact in the film, and have extensive documentation on our website. For instance critics say we should not have shown a historical scene with 8% efficient solar panels because efficiency has doubled since then. That’s not true. More efficient panels were available at that time, just like today, but they cost twice as much or don’t last as long. Solar efficiency hasn’t doubled since 2008. Tesla’s new solar shingles are less than 8% efficient today.

But the more important point is that it’s not the EFFICIENCY that matters—it is the INTERMITTENCY, which you see in the film. Intermittency means so-called renewable cannot directly replace fossil fuels without a vast amount of energy storage which does not exist at scale, and if it did would add tremendously to the environmental and energy impact of so-called “green" energy.

“Green renewable” energy is neither green nor renewable. Sunshine and blowing wind might be renewable, but giant technological machines made to harvest the wind and solar are the opposite. That technology could ever be “green” or “renewable” is one of the greatest illusions ever. Technology comes from digging, blasting, mining, burning, smelting, refining, and manifold industrial processes. Technology consumes non-renewable resources, and emits toxins and pollution. No other options exist. There is no free pony for everyone. Switching from carbon based energy sources to so-called “renewables," even if it was possible, INCREASES our dependency on, and consumption of, non-renewable resources, hastening the demise of industrial civilization. The sun will keep shining and the wind will keep blowing long after our futile attempt to harvest them with hundreds of thousands of square miles of “green” technology collapses. There will never be “green” technological energy and fantasizing there could be says something about our desperation. And keep in mind that the majority of what’s defined as, and gets subsidized as “green” energy, are biofuel and biomass — burning what remains of the living planet to fuel our lifestyles.

Question. What do you think about nuclear energy?

Though nuclear provides more reliable energy than solar or wind technologies, its advocates engage in much of the same wishful thinking that so-called renewable energy proponents engage in. (Of course I was once one of them.) We will be exploring more about nuclear in our future work. But even asking the question “what about nuclear?” belies the erroneous assumption that somehow more energy would help “save the planet.” Unless we humans have an off switch, and begin to power down this global civilization, life on Earth is toast. Given more free magic "clean" energy of any kind, nuclear, solar, wind, tide, moonbeams, whatever—we humans will just use it to keep plowing, bulldozing, logging, mining, smelting, paving, polluting, plasticizing, building, overfishing, overhunting, and in general over-consuming our way through what remains of our living planet.

Question. Your documentary demonstrates how the green movement has been infiltrated by big corporations. Which lessons do activists have to learn? What mistakes did they make?

When you get into bed with capitalists, bankers, billionaires, and their so-called non-profit foundations it is not THEM that changes—it’s you. Your vision gets stuck in time and larger truths get buried. The revolution will not be funded by those who profit from the status quo. When you compromise to get a “win”— you lose. Everyone loses. Slowly but surely the capitalists have turned the environmental movement to a narrow focus on climate change and the supposed solution of green energy because it’s a $50 trillion dollar profit center. And off the table, even as some environmental leaders give it lip service, is ending our addiction to perpetual economic growth (green or otherwise) on a finite planet.

Question. Should the more conscious and radical activists engage in environmental movements to change them from the inside or are there better places and ways to conduct this battle?

Good question. I think the most important thing is to have the correct vision. This is way bigger than a climate emergency, as dire as climate is. Our entire industrial civilization of seven going on eight billion humans is coming to a close. We either get ahead of the now emerging civilization and biological collapse or suffer the most extreme consequences. Non-human species are already suffering the most extreme consequences across the globe.

Question. What do you think about Greta Thunberg Friday for future movement?

I think Greta Thunberg has some incredible insights. That young people are using the word extinction is a real breakthrough. My fear is the same as for all sincere, motivated, authentic activists young and old. When we focus on climate change only as THE thing destroying the planet and we demand solutions, we get used by forces of capitalism who want to continue to sell us the disastrous illusion that we can mine and smelt and industrialize our way out of this extinction event. And again, behind the scenes, much of what we’re doing to “save” the planet is to burn the “bio” of the planet as green energy.

Question. Despite coming out in a supposedly democratic western country, the documentary suffered a coordinated censorship campaign. Can you describe the type of censorship, the role of YouTube and tell us what lessons have you learned?

We have learned that those who are deeply invested in the status quo and who get into bed with capitalists will go to great lengths to attempt to stop those who represent a threat to their story. Though their attempts backfired and drove more people to see “Planet of the Humans,” it is truly frightening how in the year 2020 a few large corporations control what the public sees. Censorship remains a huge issue: both The Guardian and Newsweek refused multiple attempts to print responses to the calls for censorship they published. We have heard from several journalists and academics that their writing in support of “Planet of the Humans” has been turned down for publication.

Question.The documentary received some criticism. What did you learn from them?

We learned our so-called critics are shameless in their dissembling, slandering, coordinated, and apparently well-funded attacks. They choose to ignore the larger truths to keep people distracted. Once people have seen the film, the criticism seems ridiculous.

Critics say EVs charging has shifted away from fossil fuels since 2008. This isn’t the case. The Michigan grid is still 94% conventional (non-solar or wind), like most of the world. Global fossil fuel use has actually expanded in recent years – much of it used to create the materials that go into EVs, solar panels, and with turbines.

George Monbiot said the film is racist for showing the biophysical reality that overall population and consumption are increasing. Monbiot recut parts of the film to say things we didn’t say. He then fabricated highly disturbing thoughts about how to deal with it—thoughts that came from his mind, not ours. We do not subscribe to George Monbiot’s frightening plans. He’s engaging in censorship by trying to scare people from seeing the film, but his efforts have been entirely impotent.

In closing I want to be clear I am a very hopeful person. What hope we have comes from living in reality, not fantasies that giant industrial solar and wind harvesting machines, or “clean” nuclear or fossil fuels for that matter, will “save the planet.” The planet has zero interest in yet one more scheme of domination and control by humans. Now, while we still have blue whales and redwoods, songbirds and butterflies, it is a fine time to come to grips with the only hope we have: either less is the new more, or we’re going on the scrap heap of failed civilizations taking everything down with us.

See the film for yourself at PlanetoftheHumans.com. 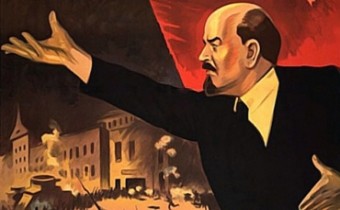