Marx and the synthesis of philosophy

Dear comrades, I am honored and happy to be here with you today to celebrate the bicentennial of Marx. I like to think that we are celebrating the two hundredth birthday of “the little child who wanders in the cradle”, as Gramsci says.

Karl Marx is the man who with his life entirely dedicated to the practical work of the militant and the laborious elaboration of theoretical thought has initiated a new era of thought and the history of humanity. This is the era in which we live today and in which we communists act with an awareness that only Marx has begun to give us: the awareness that social reality is not the eternal repetition of objective natural differences but is instead submitted to historical tendential laws, ie laws that are not merely subjective - psychological, cultural, spiritual - but objective - structural, material and economic, ie political.

To remember Karl Marx in Italy today there is perhaps no one better than Antonio Gramsci, in a celebrative article of a hundred years ago[1]: “With Marx, history continues to be the domain of ideas, of spirit, of the conscious activity of single or associated individuals. But ideas, spirit, take on substance, lose their arbitrariness, they are no longer fictitious religious or sociological abstractions. Their substance is in the economy, in practical activity, in the systems and relations of production and exchange”.

Marx taught us that reality as it appears in its totalizing social dimension is political, that is, the effect of the conflictual action of historically determined subjects, always involved in a development based on the given differences, first and foremost class differences. Marx taught us that the historical “given” is objective but can be overcome.

“Marx did not write a nice little doctrine, he is not a Messiah who left a string of parables laden with categorical imperatives, with absolute, unquestionable norms beyond the categories of time and space. The only categorical imperative, the only norm: ‘Workers of the world, unite!’ The duty of organizing, the propagation of the duty to organize and associate, should, therefore, be what distinguishes Marxists from non-Marxists. Too little and too much: who in this case would not be a Marxist?”

And in fact in recent years we have witnessed an attempt by Marx's opponents to annex separate segments of his thought: disgusting and funny at the same time! As if you could slice the work of the great student of Hegel who made the dialectic of totality his norm of scientific investigation! Faced with the obvious failure of their political project on a global scale, the liberals of all countries began to say: Marx was right! [2]. Except then try to distinguish a "good Marx", that is the one that has studied the dialectical dynamics of the device of capital and of (its) globalization, by a "bad Marx" (almost an "evil Marx"), that is, the one who dared incite the proletarians of all countries to unite to fight against capital and the bourgeoisie!

“Marx was great, his action was fecund, not because he invented from nothing, not because he extracted an original vision of history from his imagination, but because in him the fragmentary, the incomplete, the immature became maturity, system, awareness.”

Maturity of materialism, which with Marx aspires to become a dialectical system of scientific truth, and awareness of the human subject in its purest and most essential form, because it is subject to the greatest negativity: the proletarians commanded by capitalist exploitation.

Marx taught us that theoretical thought, on the condition of being materialistic and dialectical (ie directed to the totality of truth), is a form of action and that revolutionary political action can be organized by rational thought. A point, this, developed in a complete way by Lenin.

Marx wanted to make philosophy an activity of transformation of the world (Thesis on Feuerbach, XI). Certain opponents of Marx may argue that also capitalism transforms the world, something well recognized by Marx (even if seeing him as a capitalist's praiser is a mystification justifiable only by a political aversion based on the liberalism of the lie).

However Marx wants the revolutionary transformation of the world (of all countries: aller länder) through communism. And in The German Ideology communism is the historically effective movement (die wirkliche Bewegung) which dialectically overcome (aufhebt) the present state of things (den jetzigen Zustand).

The revolution go through the construction (of the awareness) of the revolutionary subject:

“The organizing of real historical causality takes on the value of a revelation for (...) the huge flock without a shepherd. The flock acquires an awareness of itself, of the task which it must now carry out in order to assert itself as a class, becomes conscious that its individual ends will remain purely arbitrary, pure words, empty and inflated wishes, until it possesses the tools until these wishes have become will. (...) Will, in a Marxist sense, means awareness of ends, which in turn means exact knowledge of one’s own power and the means to express it in action. It, therefore, means, in the first place, that the class becomes distinct and individuated, compactly organized and disciplined to its own specific ends, without wavering or being deflected.”

The Marxian teaching, reaffirmed by Gramsci, is that the class difference is qualitative, absolute, logical - as capitalists well know, to which class consciousness certainly does not lack. It’s a difficult and laborious idea for the proletarians, and it requires the maximum moral and logical determination on the part of both the proletarians and the communist intellectuals, of which Marx, together with his friend Engels, is certainly the admirable prototype.

“Karl Marx is for us a master of spiritual and moral life (...). He is the stimulator of mental laziness, the arouser of good energies which slumber and which must wake up for the good fight. He is an example of intense and tenacious work to attain the clear honesty of ideas, the solid culture necessary in order not to talk in a void, about abstractions.”

Marx as an example and as an element of the revolutionary thinking.

“Karl Marx is not, for us (...), none of the anecdotal episodes of his biography, no brilliant or gauche gesture of his outward human animality. He is a broad and serene thinking brain, he is an individual moment in the anxious search that humanity has been conducting for centuries to acquire consciousness of its being and its becoming, to grasp the mysterious rhythm of history and disperse the mystery, to be stronger in its thinking and to act better. (...) In glorifying Karl Marx on the centenary of his birth, the international proletariat is glorifying itself, its conscious strength, the dynamism of its aggressiveness of conquest which undermines the rule of privilege and prepares for the final struggle which will crown all its efforts and all its sacrifices.”

In glorifying Karl Marx on his bicentenary, are we less optimistic than Gramsci compared to the perspective of the final struggle?

What is certain is that in celebrating Marx we remember once more to ourselves and to all our comrades that to undermine "the rule of privilege" we must start from our conscious strength to organize ourselves as a party.

The Centenary of the end of the first great imperialist war

John Catalinotto (Workers World Party USA) talks on the role of the Russian Revolution in the insurrection of the sailors and the workers in Germany ... 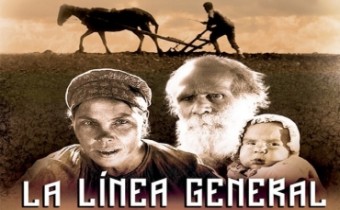